We said goodbye to one of Trixie’s housemates today – Holly. She was my baby for 18 years and thankfully was very healthy up until recently. Here she is in one of my favorite photos of her. 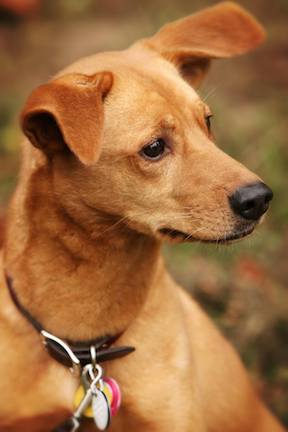 She was a funny little character and sometimes I think she should have been the “star of the show.”

I miss her so and it feels as if there is a hole in my heart now.

Trix finds out there is a new girl in town.
Enter Holly:

Yes, there actually is a real Holly.
You might have seen her photo in a blog post in the past.

In preparation for this week’s episodes, in which the gang goes for a hike, I thought it would be fun to show real-life Trixie and Holly on a hike of their own. These photos were taken on a camping trip to Red River Gorge in central Kentucky in fall 2008. Also in the second photo is hubby, Eric. 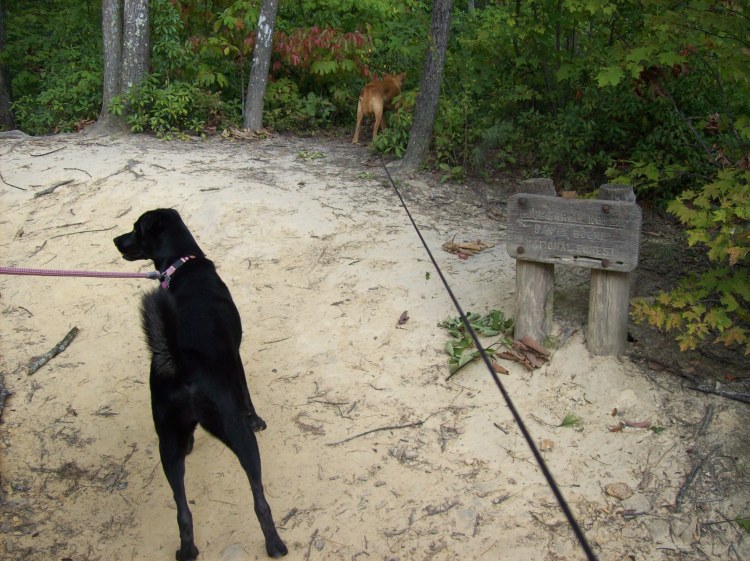 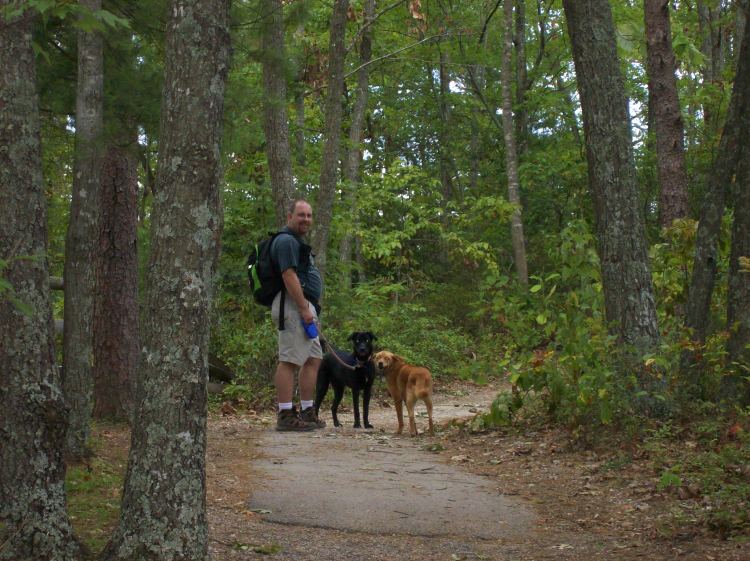 Last July, Trix got to spend some time at the dog beach at Lighthouse Point, near Daytona. The red dog in front is Holly, one of her housemates.
This was Trixie’s first time at the ocean, and even though she likes water, she wasn’t sure what to make of the ocean waves. She had not yet experienced water that chased her when she stepped in. It was very entertaining to watch her running back to shore after each wave rolled in. 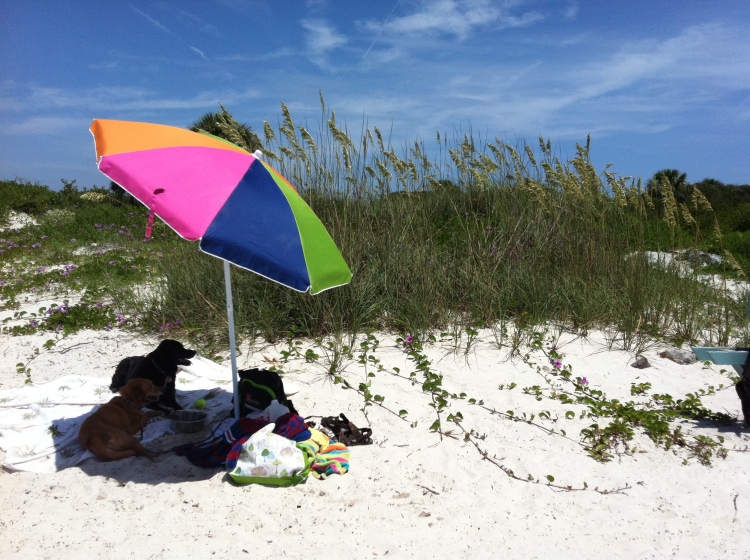